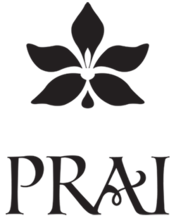 The Terror Fastpitch 16U team, of Frederick, recently placed second in the Field of Screams fast pitch tournament in Olney. The team won three straight games on Oct. 6 to advance to the championship to play the Eastern National Champion Southern Maryland Shockers.
Read more...

TERROR SOFTBALL IN THE NEWS

TERROR 12U EARNS NATIONAL RANKING         - FREDERICK NEWS POST 2016
A local softball team has reached the top spot this year in an organization that includes 1,500 other squads. Read More

The Emily Burke Memorial Tournament was held May 25 through 27 in Eldersburg. The tournament was created to honor the life of Emily Burke, who died in a car crash at the age of 15, and benefits scholarships in her honor. The tournament included teams from Pennsylvania, Maryland and Virginia. The Terror 12U and 14U teams placed second. The Terror 16U team took first place for the second straight year.
Read more...